That was Tommy Smothers’ surefire comeback after a litany of insults from his brother, Dick.

His on camera persona was not the brightest bulb in the pack, but he was certainly the more humble of the two brothers. We could learn a thing or two from the older Smothers brother.

As early as the first century, disciples of Jesus argued over who among them was the greatest. (Luke 9:46, 22:24) Since then, we have continued to raise ourselves up because our sins are less than some else’s, or we serve God in a holier way, or our denomination is more righteous than another.

We have an entitled expectation that we deserve to be saved, deserve to judge the next guy, deserve heaven and all it promises. We’ve taken a bite of the apple and are too damn arrogant to admit it. 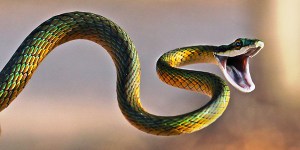